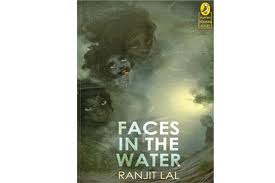 The novel is more YA (young adult) fiction, hence the story is kept simple and sweet.  There are a few plot holes, for instance, if the women were pregnant so often, surely the neighbours remarked on how the women turned up without a child at the end of it.  It could be explained away as a stillborn birth, but so frequently?  If we set aside this, there is nothing to crib about because the story has a beautiful heart, it brings out how much a girl child enriches the lives of the family.
.
I am a fan of Ranjit Lal's writing.  I loved his book The life and times of Altu Faltu.  His writings on birds appear frequently in magazines.
Posted by Ava at 9:22 am

That does sound interesting. I've never read a book of this author's. Should wishlist this.

Thanks Smitha. He is fabulous.

Red Riding Hood, He gets lost in crowd of wannabe Indian writers.

Ranjit Lal is very accomplished, he deserves to be known better.

Ava, this is a new author to me. Cheers

sounds quite interesting ya... will definitely pick it up, and read sooon

Thanks for the reco
Ashes

Ava, hope you are ok, you haven't posted in a while. Take care

Thanks, it really helped me in my project...

Thanxxxxx, it really helped me in my project...

Glad to have helped, Anon.